Home My Journey My Personal Midweek Musings
My Journey

It’s not a British “summer” without plenty of rain and the need for a jumper or three. With the devastation being caused across the west at the recently, and Florida at present, cold and flash floods aren’t something really worth moaning about. It does put things into perspective. And then you hear of the escaped prisoners, the looters, the violence that breaks out, and you have to wonder why some choose to make a bad situation worse rather than show compassion and humanity. My heart aches for the devastation that’s been caused.

I had another physio session, which unfortunately I had to cancel on account of feeling rough and the obvious limitation with the pulled muscles. I’ll keep on with the standing up exercises, and hopefully get back to the lying down ones soon as it’s been too painful lately to even get into a horizontal position!

My B12 injection for Pernicious Anaemia was the other day. It’s makes me curious as to whether others with PA have any quick or noticeable benefit after their injection. I tend to only really notice them when I’m due another one as I’m dragging myself around at the 12 week point and feeling like hell. My late grandad, on the other hand, apparently noticed a world of positive difference after having each jab, though perhaps that’s because back then he’d get the ampules from the chemist and self-inject regularly, on a far more helpful basis than the UK’s 12 week scheduling. I’d love to hear whether anyone has a shared experience.

I’ve just finished Pierre Lemaitre’s novel Irène. It is a crime thriller translated from French and has received a lot of positive attention and reviews; I received it as a birthday gift from my brother. I found it engaging to read, though it didn’t necessarily grab me all the way through. However, as you continue to read, empathy with the characters develops as the pace quickens. It became increasingly interesting to be thrown into the world of the Brigade Criminelle as they flounder and falter and furiously work to decipher brutal murders that seem to be based on classic novels. The author did a good job with the finale, which make me re-think my views on the novel as a whole. If you want something gritty and captivating, check it out! 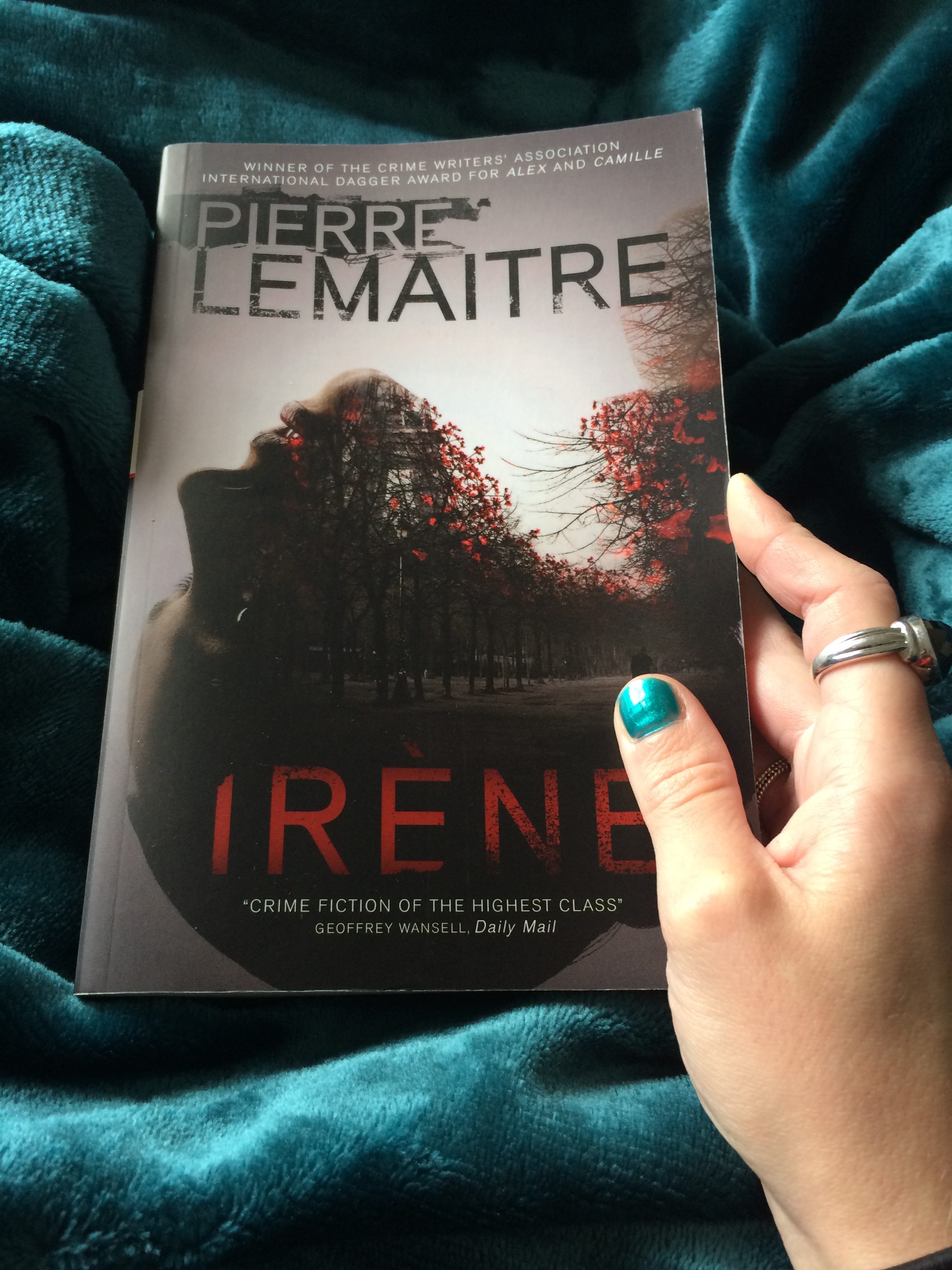 I’m not sure whether I may have mentioned this briefly before, but I’d actually booked a little while ago to go back to Salou, Spain, where I went recently. The time is nearing. I’ll be going back in about a week’s time, for 10 days. So many things went wrong when I came back from the last holiday, and I feel awful for saying it but it actually ruined most of it for me. It ruined the prospect of going back, too, and there have been a lot of times where I wished I could cancel it without losing money (no chance!) Luckily, and the only reason I can do so, I’ve been smart with costs and bargain buys so the two hols are probably what most people would pay for just the one. Plus, when you feel like there’s very little left, you have to wonder why you care so much to cling to what you don’t have.

And now you’re probably thinking, “heck, how ungrateful is this woman to moan about going on holiday?” I think it’s good to lead with honesty, and I have a bucket load of emotions, regrets, anxiety, all sorts going on in my head. Most of us do. Perhaps going back will shake things up for me, and things will be better. I had different motives for initially wanting to go back and had anticipated going on my own, but when I mentioned it to my mum she looked quite sad; she enjoyed it so much the last time that she wanted to go back and asked if she could too. So it looks like we’re both going, I just hope I can get my head sorted in the space of a week to go and actually enjoy it. I’m also a wee bit terrified of things health-wise but I’m trying not to think of how things could go horribly wrong. Trying to, anyway.

While probably not the wisest move, I’ve dyed my hair as I’ve been feeling pretty yuck about myself. A colour boost can help and even though it may not bode well with going away next week with chlorine or sun, it usually turns 50 shades of ginger within a few weeks anyway. I’m pretty pleased with this one – Garnier Nutrisse Hair Dye in the 6.60 Fiery Red shade. 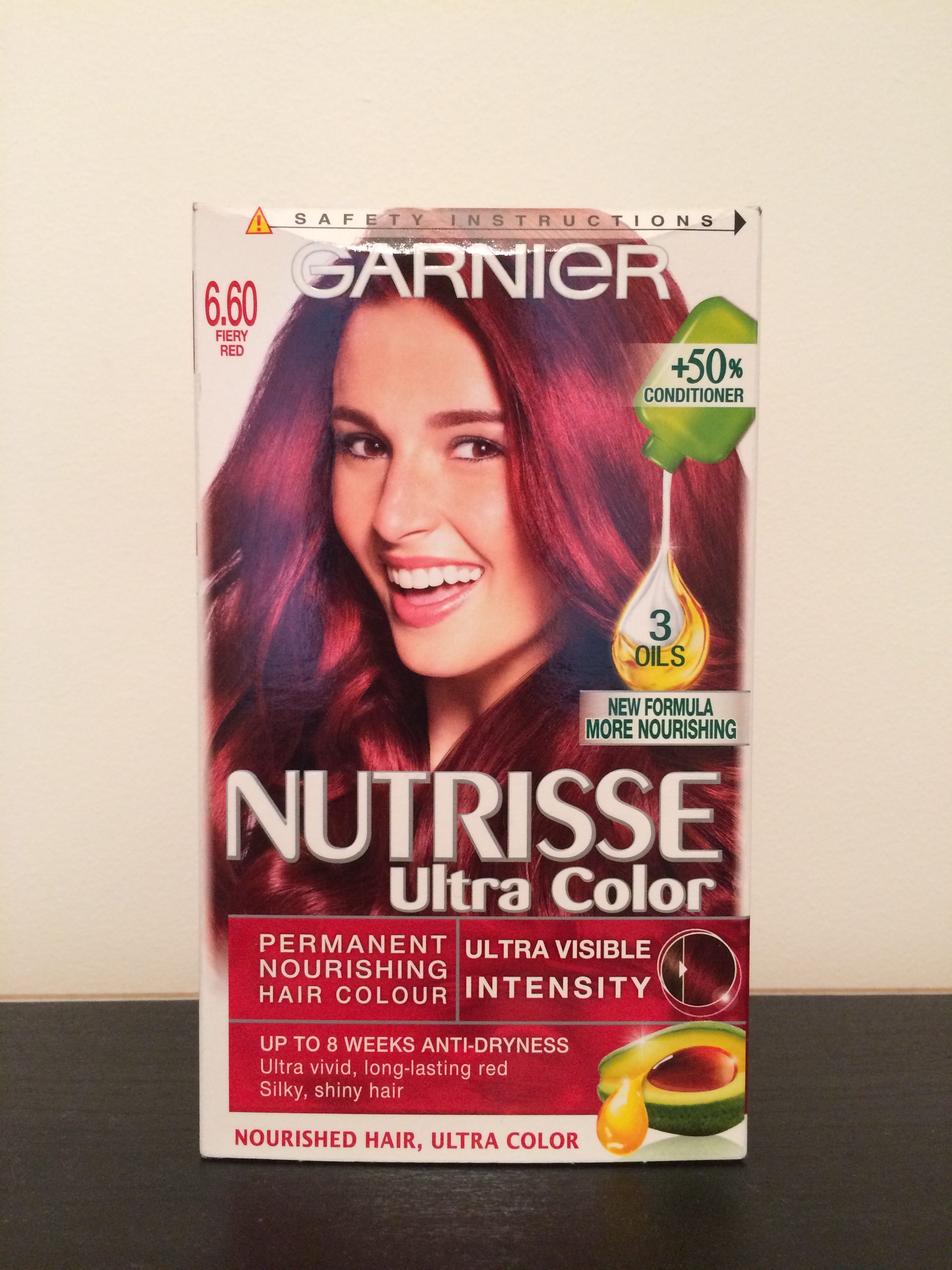 It thankfully wasn’t as overpoweringly chemical in smell, and it went on and washed off well. I also like that my hair seems much thicker after using it and super soft too. Warning – Washing this out in the bath makes it look like a scene from Psycho.

A post I’ve loved recently and would like to share is from Heather’s wonderful Dinosaurs, Donkeys and MS blog – Dizzy’s 7 ways to get a better night’s sleep, which made me chuckle.

Catkins photo. No real reason to show you this little poser, but here he is!

As always, thank you so much for taking the time to read. I hope you’re all as well as can be ♥

Make This Your Weekend Mission

Five Steps For Preventing Falls In The Elderly

Criticised As A Chronic Illness Blogger For Not Showing Enough...

Summer : 6 Things I Love About You

Personal Update : My Mum’s In Hospital, I’ll Be Away...

Your hair looks great first off. :):) I don’t think you’re ungrateful at all. It’s what you feel and you should feel how you feel, it’s understandable.

Thank you, that makes me feel a little better 🙂 I hope you’re well and having a relaxing weekend Margaret xx

I am thank you I pray your are too 🙂

I hope you feel better dear!I have been loving crime thriller type books lately. Also i am pretty sure I have tried that exact red because at one point I tried every brand/color of red avail! Lol it looks great on you 🙂

Hah, yes I think I’ve made my way through most red shades and brands too! Thank you lovely 🙂 xx

Your hair looks lovely! I wish that I suited that red shade, but I don’t 🙁 I really hope that you have a fabulous break away, despite your reservations xx

Thank you! I think you could pull it off, plus it darkens, though sadly also fades, quite quickly (I don’t suit super bright reds). x

Your new colour looks fantastic. Hope you coming holiday is a fun one.

Thank you! Have yourself a lovely weekend Peggy 🙂

I totally understand why you would be worried about going away when you had such a bad experience after coming home last time but you can never predict exactly what will happen. I get so anxious too worrying about what to expect which makes everything 10 times worse! I really hope you have a great time during (and after) your trip, you had some great photos from before xx

Yes, worrying really does make things 10 times worse! I also find there’s a degree of perceived control when you try to plan, though too many times lately I’ve realised that plans rarely go the way you expect and it’s through no fault of your own. It’s a lesson in trying to ‘go with the flow’ a little more, which is easier said than done. Thank you for the kind wishes – I’ll make sure to take plenty of pics while I’m away! Have a lovely weekend, Nat 🙂 xx

I hope your trip goes well. Also, your hair is super cute. I tried to dye mine red this entire summer, with ZERO luck. I have patches of red throughout, but not my whole head :-/

Aw thank you! I think going from dark to lighter hair can be pretty tricky, unless it’s bleached first perhaps. Sounds like not all of your hair wanted to take the colouring. Have you tried bleach first?xx

Yes this is what the hair stylist said too, after she said, “did you try and dye your hair red AGAIN???” Lol anywho, yes I’d have to strip it first and then do it so I decided it wasn’t worth it ??‍♀️

I’m always on the lookout for a good crime/thriller, so thanks for the recommendation! I may have to see if I can track down the French version on Amazon for a bit of French practice 🙂 I certainly wouldn’t say you’re ungrateful about going on holiday, perhaps apprehensive is the word – entirely understandable, after the last time, and I’d feel the same if I were you. Hope you have a relaxing return trip to Salou 🙂

I wish I could read enough of another language to try a whole novel (not a chance..!) Thank you for the kind words and wishes, I appreciate your support and comments Rosie – have a great weekend! 🙂

I think if I were to try going blonde that wouldn’t suit me, but I’m not brave enough to it to find out! Do you dye your hair much, and what colour do you tend to go for? Thank you for the comment and you’re very welcome – I always love your posts with Dizzy!! xx

I seem to get it the other way around most times, with the roots lightening and being glaringly obvious. I think you should bite the bullet one day and try a purple shade, maybe just a dark one with reddish or brownish tones! ? xx

Fiery Red hair always looks striking (!)
And I do hope, after all the worries (which I’d definitely share), Salou provides you with some nice memories to bring back. 🙂

Fiery red – I can tell it won’t take long before it goes 50 shades of ginger! Hair is a small thing in the grand scheme of things, but it can give you a little lift when you feel rotten. I hope this time is better when I come home and I’ll hopefully have some lovely memories and pics to share! Thanks so much for stopping by 🙂

You’re most welcome. 🙂 And hair might be a small thing, but changing my hair colour a few years back did indeed lead to a big change in my attitude, with many positive knock-on effects… so sometimes small things can be pivotal!
Take care. 🙂

Oh my goodness, how cute is your cat! What a gorgeous photo!! Re the B12…I have a family member who receives that, and I think they only get it three monthly too. She can really tell when it’s wearing off and receives a massive boost when she gets it again. Your post makes me wonder if she’d benefit from having it more often. I hope your trip to Spain goes better than you’re expecting at the moment….sometimes the things we are looking least forward to, work out okay or even well x

I’m glad your relative notices the boost when she gets the jab; shame it’s not more regular when there are obviously enough pernicious anaemia patients out there who really struggle near the 3 month mark. Thank you so much for the kind wishes 🙂 Take care xx

Hope your holiday goes well. Why NOT include a photo of the cat?! Your statement about the Psycho-esque washing of the colouring from your hair fair made me chuckle!

I love a good crime/thriller so will make a note of that one thanks!
I also dye my hair red, it really does fade fast doesn’t it?!
That is one gorgeous cat!
I hope you enjoy your time away ? male some good memories.

Medichecks (UK) Home Blood Tests Use Code INVISME10 For 10% Off